“Sugaree” backed with “Rain Down Tears” by Hank Ballard and the Midnighters on King 5215 was issued in June 1959.  As far as I can tell there were no King 78s released into 1960, although there was at least one Federal 78.

From a September 11, 1954 issue of Billboard magazine, an article titled, “Folsom Sees Demise of 78’s, Urges Outlets Face 45 Move” – “The sale of all 78 r.p.m. records will eventually be so small that they will not support distributor or dealer inventories, and they will be discontinued.  This was the prediction made this week by Frank M. Folsom, president of the Radio Corporation of America.  Folsom predicted the demise of the 78 speed, commenting on the current shift from the old speed to 45 r.p.m. records for disk jockey programming.

Said Folsom, “Radio Broadcasters desirous of providing audiences with the best in popular music in the period ahead will find themselves at a loss to maintain high listening standards unless they join the change-over to 45 r.p.m. recordings.

“The present trend became markedly visible two years ago when the industry found it necessary to discontinue the manufacture of 78 r.p.m. classical albums. Last year it became necessary to discontinue virtually all 78 r.p.m. popular albums.  This year the sale of 78 popular recordings is dropping at such a rate and 45’s are increasing so fast in public esteem that we now foresee the end of records of the old speed.

“It is recognized that the furnishing of records to stations is of tremendous mutual benefit to the stations and the recording companies.  Looking forward to the time when 78 r.p.m. records are no longer available it is clearly evident that we will both lose if stations are unprepared to play the new microgroove records …” 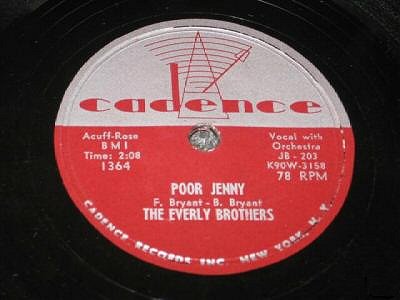 Excello’s sister label was Nashboro.  Whereas Excello issued recordings of blues, R&B, rock & roll, and even a little rockabilly, Nashboro recorded gospel.  So here is Nashboro 646 from mid-1959:  The Consolers’ “Help Me To Understand” b/w “Every Christian Mother.”