A reader alerted me to the fact that he had an American 78 from 1962 on Seeco records.  I investigated and sure enough Seeco was still issuing Spanish language music for the Hispanic market in 1962 and ’63.  So, while they aren’t English language, they were made in America for American citizens of Hispanic-descent.  But do they belong here?  I’m not sure, but I feel certain that if “Volare” by Domenico Modugno had been issued in 1961 instead of 1958 we could include it here.  Or Dominique.  So here are images of a Celia Cruz 78 record from 1962 on Seeco 8086.  You can clearly see that the record was manufactured in New York, N.Y.  Seeco was probably the pressing plant’s last 78 rpm customer (besides Little Golden and Peter Pan). 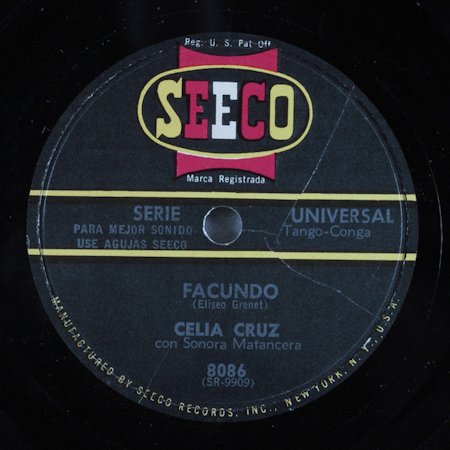 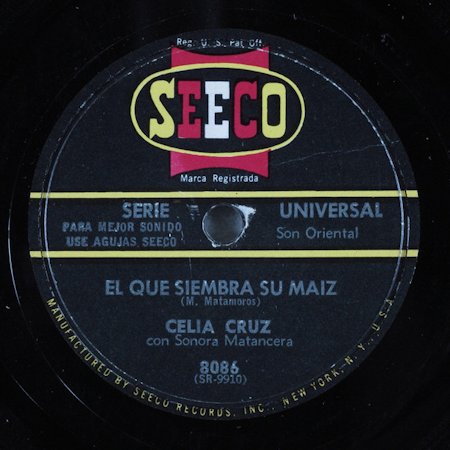